The purpose of our organization 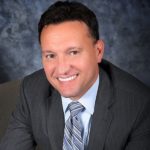 After High School, Paul served five years of active duty and another three years of active reserve in the US Navy where he earned the National Defense Service Medal for service in support of Desert Shield and Desert Storm operations. He also earned the Navy Good Conduct Medal and a marksmanship award as a sharpshooter. While in the service Paul also earned an Associate of Arts, Summa Cum Laude from National University in San Diego, California. Paul then attended the University of Florida in Gainesville where he earned a Bachelor of Science in Computer Engineering. Paul attended Stetson University College of Law in Gulfport where he earned his Juris Doctorate. He completed part of his studies of law as an exchange student at the University of Granada in Spain. While there he studied intellectual property, criminal law, and business law in the European Union. Paul was a founding member of the Immigration Law Society at Stetson College of Law and served as Secretary while at Stetson. Paul worked for over ten years for Verizon Communications as a Systems Analyst and Systems Engineer. While at Verizon, he was also sent to Bell Sygma in Canada and CANTV in Venezuela. While at Verizon, Paul also attended the University of Tampa where he earned an MBA.

After getting licensed as an attorney, Paul concentrated his practice almost exclusively in the field of Immigration in order to become the best possible advocate in such a complex field of law. As such, Paul is frequently a guest in radio and television shows to discuss matters of interest in immigration law and policy. 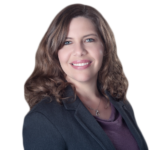 Oxalis Bianca Garcia, Esq. Legal Representative
Oxalis Bianca Garcia is a United States Citizen and a Licensed Attorney in Puerto Rico, Maryland, and Florida. Oxalis is a dynamic legal professional with a record of achievement and demonstrated success. Experience in seeking out and retaining clients. MBA in International Business. Skilled at investigating legal controversies and finding legal solutions, using research resources, such as LEXIS and WESTLAW. Familiar with Abacus, ProLaw, ProDoc, and SOS. Solid background in Family Law, Contracts, and Personal Injury, with some experience in Guardianship, Bankruptcy, and Immigration. Volunteered as an attorney and mediator for the Employer Support of the Guard and Reserve (ESGR) in Puerto Rico. Organizer for the Tampa Hispanic Bar Association Family Law Forms Clinic. Published author in Puerto Rico. She is currently the Lead Attorney at Migrants Foundation and the Owner/Attorney at Oxalis Law Firm, P.A. in Tampa, Florida.

Javier TorresExecutive Director
Jose Javier Torres is a Venezuelan-American citizen, graduated from Law School in 1996 at the Universidad Santa Maria (Venezuela), with advanced studies in International Economic Law and Integration, Certifications in Management of Nonprofit Organizations (the University of South Florida – USF) and Emergent Leadership in Politics (Institute for Advanced Studies in Management – IESA).

After extensive training and experience in American Immigration Law and fulfilling all eligibility requirements, he is now preparing to take the Bar examination next July 2020 to be admitted as a lawyer in the United States.

In the past fourteen years, Jose Javier Torres has been entirely immersed in the immigration area. He worked for seven years at Lutheran Services of Florida as Manager of Legal Services, is the founder of the Free Legal Services Program for Refugees and Asylees.

In April 2014, Jose Javier assumes the Executive Direction of the Foundation of the Migrant Rights Foundation, now Migrants Foundation and served as Manager of Legal Services at Palacios Immigration Law.

Jose Javier currently serves on the boards of several organizations in the area of Tampa Bay, as following: Emeritus President/Founder of Casa Venezuela Tampa Bay, Director of Venezuelan Awareness Foundation; and Past President of the Venezuelan Suncoast Association-VSA-, former Director at TICH and Senior Advisor on Hispanic Youth Voice – VJH.

When he lived in Venezuela, Jose Javier worked for 14 years in the automotive industry, holding executive positions at BMW, Ferrari, General Motors, Mitsubishi, among other major corporations. Likewise, from 2002 and until 2006 he was appointed Nationwide Coordinator of Peace Judges and a member of the board of directors of first justice on the streets for the political party ‘Primero Justicia’.

Being immersed in both sectors, private and nonprofit, Jose Javier has been able to implement a successful formula of management development, leadership, and management of any model of the public or private organization.

Through his involvement with prestigious nonprofit organizations in the United States, Jose Javier has been prominent in getting billionaire resources from the Federal Government and State Authority to assist immigrants in need. On several occasions, Jose Javier, along with other community leaders, visited the United States Congress in Washington, DC, to advocate in front of Congressmen and Senators for fair immigration laws that would benefit the Hispanic community.

Known as the Hispanic Advocate, Jose Javier has understood the importance of immigration in the lives of millions of people in this country and has since focused his career to inform, defend and help Hispanic immigrants, promoting active campaigns for the protection of their rights.

• Head of the Dept of Tax Affairs at General Counsel Office of Baruta County, Caracas – Venezuela. 2007

WORK EXPERIENCE
Program Development Manager Aug 2 019 – Current
Migrants Foundation, Inc., Tampa, FL
• Assists in daily administrative operations of the organization such as filing paperwork with government agencies, distribution of tasks, and managing of case files.
• Creates thorough plans for the future development of the organization by analyzing company structure and goals.
• Communicates goals to the team and ensures success by offering support to attorneys and legal staff.

• National Hispanic Scholar 2015 – 2019
Awarded by CollegeBoard for outstanding performance on the SAT.

• Volunteer Venezuela Awareness Foundation / Raices Venezolanas Miami. 2019 – Present
Facilitate distribution of donations to newly-migrated Venezuelans in need to help them begin their life in the US.